On a quick trip to Halifax NS, I was able to see the new exhibition at the Art Gallery of Nova Scotia, The Illuminations Project, by Shary Boyle and Emily Vey Duke. Originally presented at Oakville Gallery, these are two artists I have known and whose work I find really interesting in terms of narrative and story telling, but I had no idea they were working collaboratively.

They both explore the relationships between feelings, drives and fantasies and mechanisms of shame and social control. The Illuminations Project,developed from 2004 to 2015 as they collaborated over several years to create a series of drawings and writings, also published as a book. The references to fables and fairy tales come through in both drawings and text, creating a world that is familiar but at the same time otherworldly. The themes of the surreal and grotesque lead me to think of Darger’s Vivian Girls works, which I saw in Paris 3 years ago, so I was excited to find this article which also made the comparison: https://canadianart.ca/reviews/shary-boyle-emily-vey-duke-oakville-galleries/. 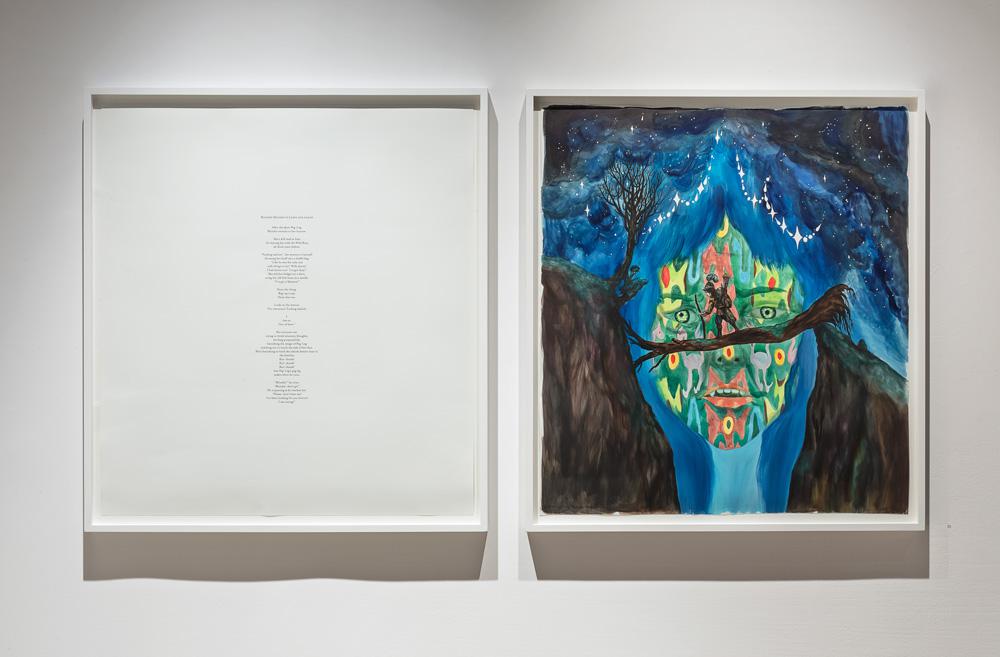 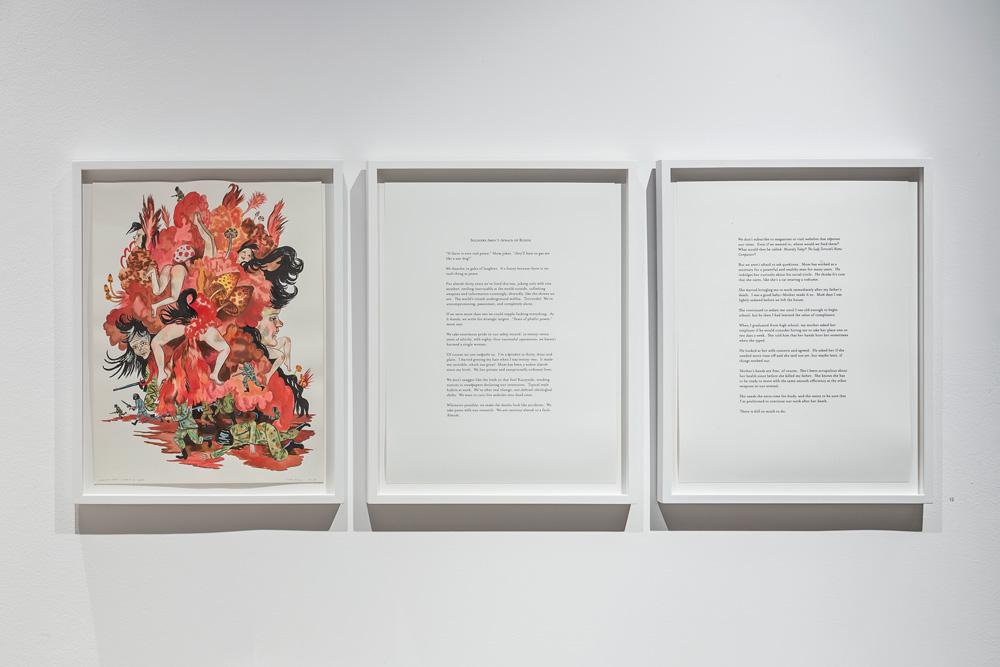 I was also curious to know more about how this work came about, since I have seen other projects where Boyle collaborated with musicians, interpreters and other artists, but very little was written about how the project came about in the actual gallery space. I was also surprised there was no catalogue to accompany this exhibition, since it was being shown at the AGNS, so I did a little more digging online when I got home.

From the curator Jon Davies on their process of creating this work:

“Moved by the potential of combining words and images, they set out to test the communicative power of both with an improvised call-and-answer exchange in which Boyleʼs drawings and Dukeʼs texts responded to one another serially, embracing free-form ideas as readily as the intuitive drive for narrative structure. The rules governing their exchange were simple: Duke would write a text and send it to Boyle, who would then create a drawing in response. Boyle would keep that work private, while undertaking a second drawing that she offered back to Duke. Duke would subsequently compose two texts—the first kept secret, the second sent to Boyle. The exchange continued this way, with each artist keeping half of her output private and only seeing the totality of what her collaborator had made at the projectʼs culmination.

What began as an investigation into the nature of artistic inspiration and response became a decade-long collaboration that explored the vast range of each artistʼs tone and style. The richly imaginative results draw on philosophy, religion and fairy tales alike to explore the freedoms and dangers of the wild, the nature of desire and the brutalities of contemporary life.”

Its interesting to me that Duke is also most well known for her collaborative process with Cooper Battersby. As Duke and Battersby they have been working collaboratively since 1994 and teach together at Syracuse University in Central New York.

View all posts by rachelthorntonjournal